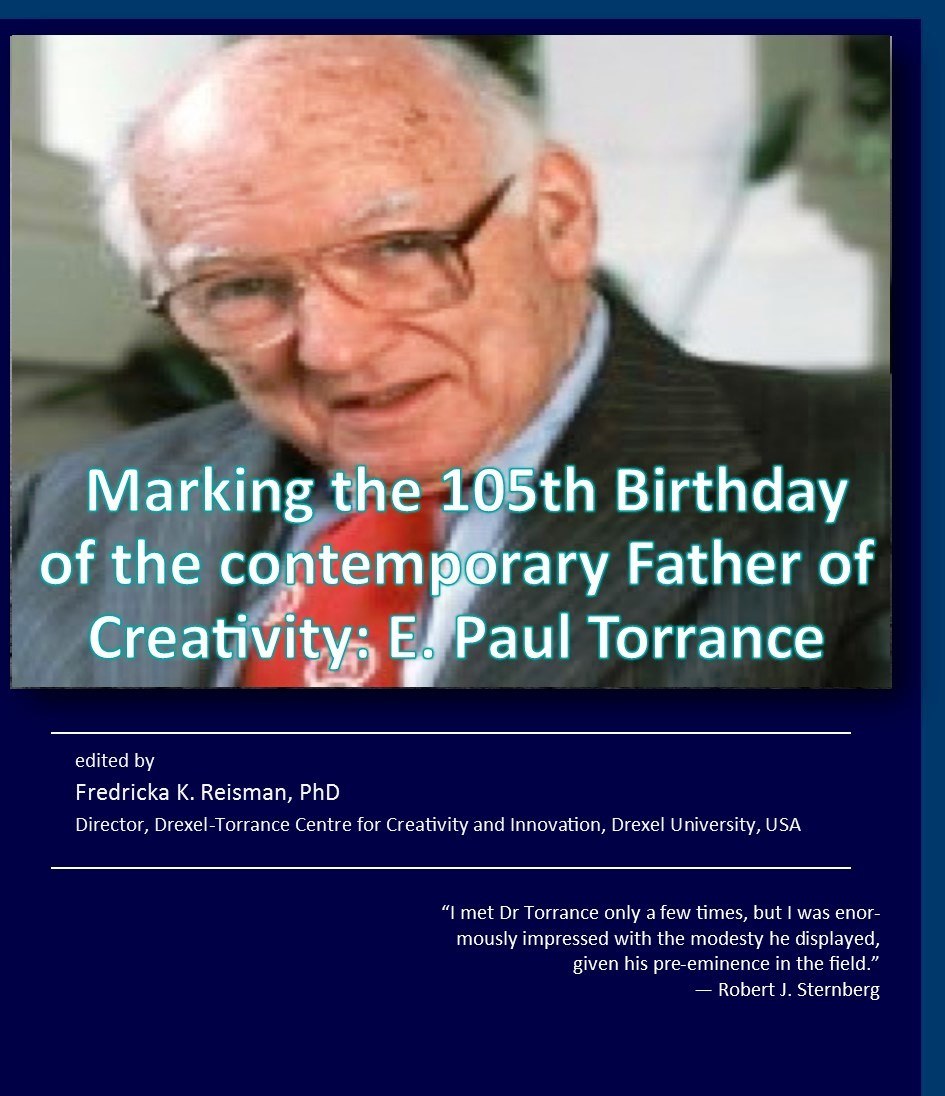 Robert J. Sternberg on E. Paul Torrance: “I met Dr Torrance only a few times, but I was enormously impressed with the modesty he displayed, given his pre-eminence in the field”

I first became acquainted with E. Paul Torrance’s work in 1984 in an extension course called “Creativity for Teachers.” The text was The Search for Satori and Creativity. This book was about his creativity assessments and how they measured strengths. This meant that you could only add points, not lose points, on the tests. This resonated so strongly with me that I focused my masters thesis on creativity and decided to go to the University of Georgia to study at the Torrance Center for Creative Studies and pursue a doctorate in 1987.

Upon arriving in Athens, Georgia, I found that Dr. Torrance had retired and was working out of his home. I met him within 2 weeks of arriving. He called me the next day to hire me to evaluate his assessment, Sounds and Images. I continued to work for Dr. Torrance daily as his personal research assistant for the next four years. Upon completion of my doctorate in 1991, we continued to work together and correspond weekly until his passing in 2003.

Paul Torrance was a tireless advocate for creativity and the creative potentials of all people of all ages and abilities. He was brilliant. One assignment was to fill ninety-two 8 ½ x 11” photo albums with photos from his lifelong research. He remembered every person in every photo, even teachers and students who participated in his research. He must have created a ninetythird album... More …

E. Paul Torrance—My Teacher, My Mentor, My Co-Author, My Co-Researcher, My Friend, My Inspiration

I believed it to be most pleasurable for you to have me share with you an intimate look at Dr. Torrance—especially in this year honoring his 100th birthday. The title of my keynote portends that I will not be focusing on his brilliant theories and research, but rather on my very personal interactions with him and to a lesser extent, but just as rewarding, with his wife Pansy.

I met Dr. Torrance in my first year on faculty at the University of Georgia in Athens, Georgia in 1969. I looked up from my desk in my small office -with a window- to see a gentleman with the most twinkling blue eyes standing at my doorway. He introduced himself and as the Chair of the Division of Educational Psychology, asked if I would help him get gifted certification approved in Georgia, as his goal was to educate teachers to recognize gifted and creative students and then to have strategies to teach them creatively. I of course agreed, for as a third, fifth, middle school and high school math teacher, I intuitively found ways to enrich my students learning experience. Now, my Ph.D. degree is in mathematics education, and I had never heard of Paul Torrance or of creativity as a discipline. But that soon changed as I took every doctoral level creativity course he taught, many with Pansy’s assistance, even though I was an assistant professor in the Division of Elementary Education.

Dr. Torrance soon became a mentor and we did research together, published together, and I presented our research at a conference in Stirling, Scotland. My favorite remembrance of one of our collaborative research investigations comparing results on the Torrance Tests of Creative Thinking and performance on Piaget and my modified Piaget tasks was when Dr. Torrance and I administered the TTCT, as we fondly referred to the full name of the Torrance test, to two first grade classes in an elementary school in Athens. By the way, this is pictured in the Tanner-Reisman book that you received on page 20. The children also had taken the Metropolitan …More….